2021 Made in HimmerLand | Extended Tournament Highlights

ava
Highlights from the 2021 Made in HimmerLand presented by FREJA where Austria's Bernd Wiesberger was looking to defend the title he won two years ago.

The European Tour’s Race to Dubai continues this week with the Made in HimmerLand presented by FREJA. The event, which returns under a new name for the first time since 2019, features a strong field of European Tour winners - including former champions Bernd Wiesberger, Julian Suri and Marc Warren. Having finished inside the top 14 in seven of his last 11 starts on the European Tour, Calum Hill is a certain contender. The 26-year-old finished tied-8th on his last outing at the British Master and has the 5th best scoring average this season. Bob MacIntyre returns to Europe with another major championship cut under his belt. He is on a mission to get into this year's Ryder Cup team and he won’t let a poor finish on Sunday stop him. Meanwhile, Soren Kjeldsen has won four times on the European Tour and he’s shown he can still compete on relatively shorter courses like HimmerLand. The Dane finished tied-2nd here in 2015 and recorded an encouraging tied-19th in his last start at the British Masters. Other names to watch out for include Joost Luiten, Matthias Schwab and Thorbjorn Olesen.

2021 Made in HimmerLand | Extended Tournament Highlights 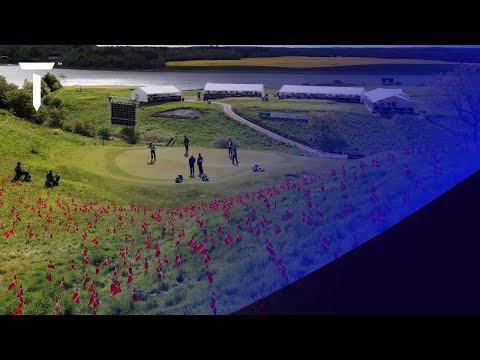 Highlights from the 2021 Made in HimmerLand presented by FREJA where Austria's Bernd Wiesberger was looking to defend the title he won two years ago. ...