ava
Aaron Rodgers and the Green Bay Packers couldn’t get anything going against a stingy New Orleans Saints defense, scoring only three points. The reigning MVP was picked off twice and held to 133 passing yards during the Saints' 38-3 drubbing of Green Bay. It was the largest margin of defeat for a reigning MVP in a season opener. No team has ever lost its opener by 35 points or more and gone on to reach the Super Bowl. Rodgers didn’t shy away from the big loss saying quote: 'We played bad. I played bad.' Skip Bayless and Shannon Sharpe react to Rodgers' poor performance.

Aaron Rodgers arguably had the worst game of his career - Skip I NFL I UNDISPUTED
https://youtu.be/19LsY3xlDsg 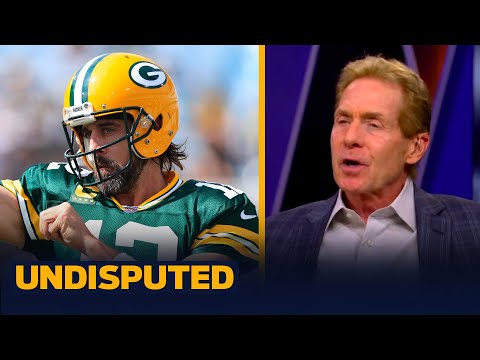 Aaron Rodgers and the Green Bay Packers couldn’t get anything going against a stingy New Orleans Saints defense, scoring only three points. The reigni...