Battaash laid his Royal Ascot hoodoo to rest in style as he made it third time lucky in the King’s Stand Stakes.

It was just reward for the Charlie Hills-trained speedster after finishing second to Blue Point in the previous two runnings of the Group One showpiece.

The 5-6 favourite broke smartly and was always travelling smoothly in the hands of Jim Crowley, who was completing a double after his earlier victory on Motakhayyel.

When Crowley pressed the button, Battaash put daylight between himself and his rivals to score as he liked. Equilateral grabbed second place on the line from Liberty Beach to give Hills the first two home.

Crowley said: “I had to hold him for two furlongs as he was on a bit of a going day today and wanting to charge off – my only concern was trying to get the fractions right on him as there was nothing quick enough to lead him. When the gates opened today, he was gone.

“Every time he wins it feels special, as when he wins he wins well. I was a bit worried the stiff uphill finish might find him out on his first run, but he’s just a real superstar.

“He’s won the big three now – the King’s Stand, the Abbaye and the Nunthorpe. Hopefully he’s not finished yet – I’m very grateful to be riding him.” 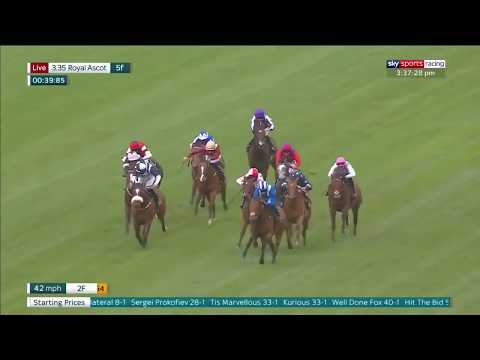