ava
Emily Kristine Pedersen has an eventful 2nd say at the Scandinavian Mixed. The Dane only carded six pars in her 2nd round scorecard.

The European Tour’s Race to Dubai continues this week with the Scandinavian Mixed hosted by Henrik & Annika. As part of the European Tour’s commitment to inclusivity in golf, 78 men and 78 women will go head-to-head for the first time on the same course competing for one prize fund and one trophy, with the event co-sanctioned by the European Tour and Ladies European Tour. Annika Sörenstam has announced she will tee it up on home soil for the first time in 13 years alongside fellow tournament host Henrik Stenson at Vallda Golf and Country Club. During her 16-year Hall of Fame career, Sörenstam amassed 89 victories worldwide, including ten Major Championships before retiring in 2008 to start a family. Meanwhile, Sam Horsfield made his first major cut at the U.S. PGA Championship a couple of weeks ago (finishing T49) and has finished no worse than T21, with three top-10s, in his five regular European Tour events this year. Jamie Donaldson is a man who has eight worldwide wins and has hit the winning shot in a Ryder Cup. His form is very much back since his wrist operation with five top 20’s in his last six outings. Who will emerge victorious in this historic tournament? 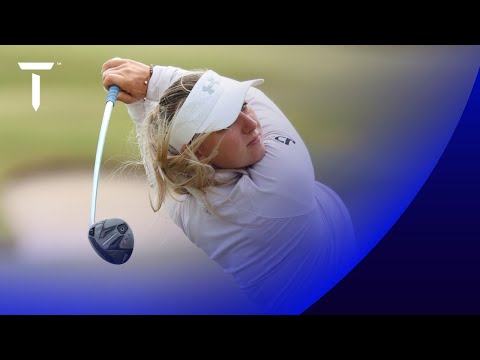 Emily Kristine Pedersen has an eventful 2nd say at the Scandinavian Mixed. The Dane only carded six pars in her 2nd round scorecard. ► SUBSCRIBE: http...