Goshen bolts up at Ascot!

The Gary Moore-trained four-year-old left his rivals toiling as he added to victories at Fontwell and Sandown, defying a double penalty to defeat Nordano by 11 lengths, having settled much better in front than in both his previous victories.

Moore said of the 1-5 favourite: “We haven’t learnt a great deal. Coming here I left a fair bit to work on and Jamie (Moore) said he had a fair bit of a blow turning in.

“He was as cool as a cucumber before the race – before he has been edgy. As soon as horses come to him he just goes though, but what can you do about that?

“He doesn’t ever overly show that ability at home. He is best juvenile I’ve had by a mile.”

Looking ahead, Moore has not ruled out running Goshen again before Cheltenham and the Triumph, for which he was left unchanged at 7-1 by Betfair.

He added: “We’ve only got two options, either the Victor Ludorum or the Adonis. That is if he has to run again, as he is a fairly clear-winded horse.

“There is probably a big day on the Flat in him somewhere.”

Goshen bolts up at Ascot! 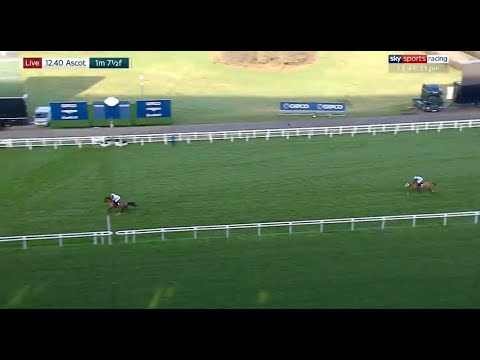 Goshen continued his relentless march towards the Triumph Hurdle when extending his unbeaten record with facile front-running success in the Ascot IJF...