Hard as nails and all class! Hurricane Lane storms to Leger glory ????

ava
Hurricane Lane ran out a deeply impressive winner of the Cazoo St Leger at Doncaster.

Trained by Charlie Appleby and ridden by William Buick, the Irish Derby and Grand Prix de Paris winner was sent off the 8-11 favourite on his step up to an extended 14 furlongs on Town Moor.

Ridden with restraint through the early stages as Interpretation set a fair gallop, Hurricane Lane was clearly travelling with ease at the top of the straight.

Mojo Star was the first to go for home, but Buick had the move covered and Hurricane Lane lengthened and soon grabbed the lead.

His change of gear proved decisive as he stretched clear in the final furlong to win by two and three-quarter lengths.

Mojo Star was second – as he was in the Derby when Hurricane Lane was third – with The Mediterranean third.

Buick said: “He’s a jockey’s dream, he’s a lovely horse to ride – you can put him anywhere in the race and he relaxes which is obviously vital in a race over this distance.

“What’s impressed me in his last two or three runs is that he quickens towards the end, he really did put the race to bed then. He’s a fantastic horse and I’m sure there’s more room for improvement.

“We had a lot of confidence in him. He was giving all the right signs coming into the race.

“It’s fantastic (to win the race). These horses, they need to be cherished while they’re around.”

Hard as nails and all class! Hurricane Lane storms to Leger glory ???? 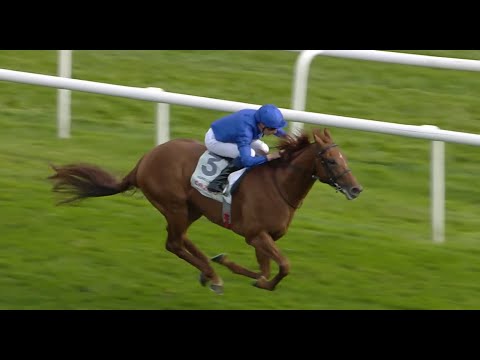 Hurricane Lane ran out a deeply impressive winner of the Cazoo St Leger at Doncaster. Trained by Charlie Appleby and ridden by William Buick, the Iris...