ava
Johannes Veerman makes his BMW PGA Championship debut at Wentworth and Vlogs his entire week. After his breakout win at D+D Real Czech Masters, the American who is managed by footballers James Milner and Adam Lallana takes us behind the scenes. After a dissapointing final round 78, Johannes finished in a tie for 78th and is currently 108th in the Official World Golf Rankings.

This week, the European Tour heads to the beautiful Wentworth Course for the third Rolex Series event of the calendar, the BMW PGA Championship. Last year’s winner Tyrell Hatton will be teeing up alongside three time Major winner and Ryder Cup captain Padraig Harrington, who will be looking to improve upon last year’s T40 finish. The star studded line-up also includes two-time winner of the event Luke Donald, 2019 champion and former Masters Champion Danny Willet and 2008 winner and tour legend Miguel Ángel Jiménez, who will be hunting for his first event win since 2014. Nicolai Højgaard will be heading to South-West London full of confidence after his win last weekend at the DS Automobiles Italian Open. 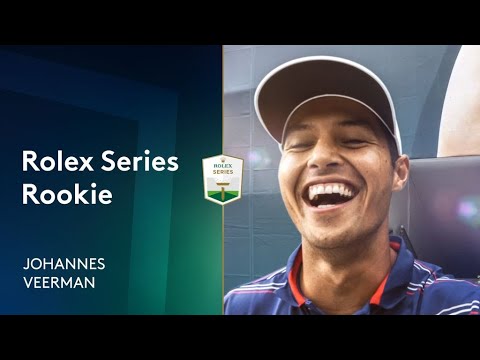 Johannes Veerman makes his BMW PGA Championship debut at Wentworth and Vlogs his entire week. After his breakout win at D+D Real Czech Masters, the Am...