ava
Giannis Antetokounmpo has clearly shaken off any rust and doubt following the knee injury he sustained before the NBA Finals. The Milwaukee Bucks' star became the second player in history to generate at least 40 points and snag 10 rebounds in back-to-back Finals outings. The only other player to do so was Shaquille O'Neal. Now, Giannis and Milwaukee are on the heels of the Phoenix Suns heading into Game 4 as they look to tie the series tomorrow night. Skip Bayless and Shannon Sharpe rank how sold they each are on Giannis as a playoff superstar.

Skip & Shannon rate their level of trust in Giannis as a playoff superstar I NBA I UNDISPUTED
https://youtu.be/9apW8ZEe8D0 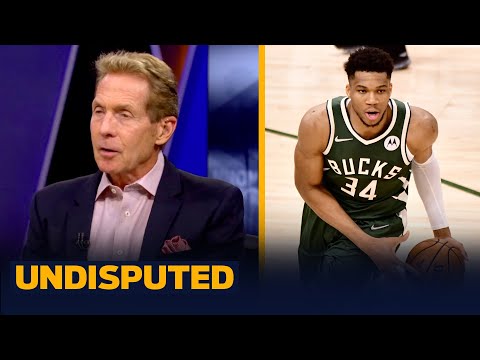 Giannis Antetokounmpo has clearly shaken off any rust and doubt following the knee injury he sustained before the NBA Finals. The Milwaukee Bucks' sta...