admin
#swimisodes At the Race Club swim camps: http://theraceclub.com/swim-camps/ , we do Freestyle Kick Butterfly drill that emphasizes the importance of the coupling function of the head and arms in butterfly. Swimmers use the weight of the head and arms as part of an energy system that propels them forward in butterfly and breaststroke. They not only lay the head down after breathing, but they often snap it down, in order to take advantage of the 12 or so pounds the human head approximately weighs that helps the kick to thrust them forward. The arms swinging forward aggressively on the recovery also serve as part of the important kinetic energy that couples with the kick. Freestyle Kick Butterfly forces the swimmer to use these energy systems.

Freestyle kick butterfly is not easy to do, but if done properly with a consistent kick and with fins, a swimmer can feel the surge forward as he or she throws the head down and swings the arms forward after each breath. The greater the energy of the head and arm motion, the greater the propulsion from the kick. The flutter kick butterfly drill helps a swimmer recognize how important the second dolphin kick during the recovery in butterfly really is. 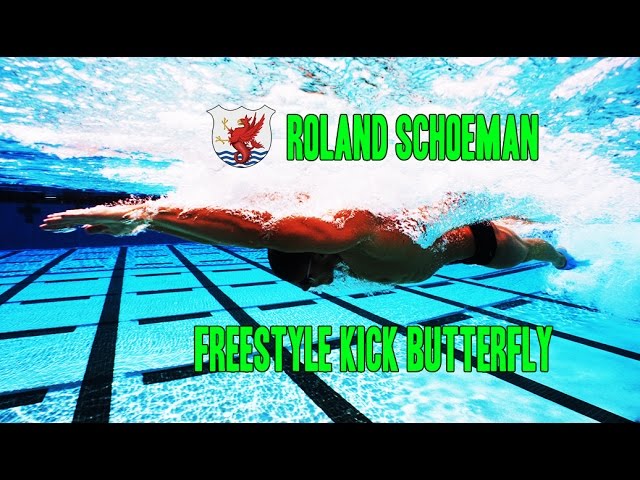 #swimisodes At the Race Club swim camps: http://theraceclub.com/swim-camps/ , we do Freestyle Kick Butterfly drill that emphasizes the importance of t...