The Champions League returns to the Camp Nou. On Wednesday (9.00pm CEST) Barça and Inter Milan will play the second match of the group stage, with the Blaugrana looking to continue their good record against the nerazzurri.

First win at stake
Both teams are looking for their first Group F win in the 2019/20 Champions League, after Barça earned a point in Dortmund (0-0), while Antonio Conte’s side drew 1-1 at the San Siro against Slavia Prague.

Fortress Camp Nou
The Camp Nou has become a real fortress for Barça as they haven’t lost at the stadium in European competition since May 2013, against Bayern Munich. More than six years without a defeat, having won 29 and drawn three of the last 32 European home games.

Precedents and stats
Inter have lost on five of their six visits to the Camp Nou. The only win came in the Fairs Cup in 1970.

Inter have failed to score in away games against Barcelona (5 out of 6 matches) more than versus any other team in European competition in their history.

FC Barcelona have failed to score in their last two Champions League matches, but have never gone three in a row without finding the net.


Team news
For this match, Ernesto Valverde won’t be able to count on Umtiti or Jordi Alba, who remain injured, as is youth player Ansu Fati who has been helping out the first team of late (and doing a fine job of it too).

But Leo Messi and Ousmane Dembélé have both been declared fit and included.

Inter Milan have just one major injury concern, but it's a big one. Belgian striker Romelu Lukaku, signed from Man United in the summer, has a muscle injury and has not travelled.
----
FC Barcelona on Social Media
Subscribe to our official channel http://www.youtube.com/subscription_center?add_user=fcbarcelona
Site: http://www.fcbarcelona.com
Facebook: http://www.facebook.com/fcbarcelona
Instagram: http://www.instagram.com
Twitter: http://twitter.com/FCBarcelona
Viber: http://chats.viber.com/fcbarcelona 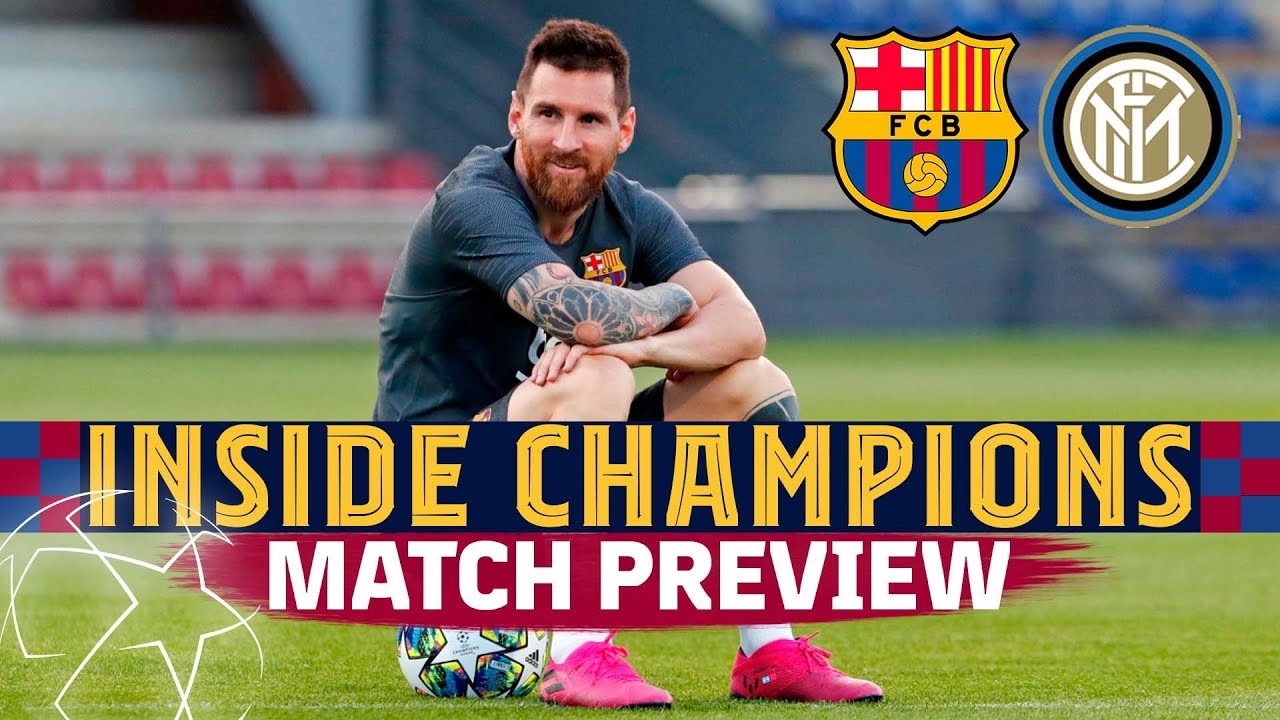 The Champions League returns to the Camp Nou. On Wednesday (9.00pm CEST) Barça and Inter Milan will play the second match of the group stage, with the...