ava
In the 2017 PBA League quarterfinals, L.A. X (Stu Williams, Osku Palermaa, Martin Larsen, Jakob Butturff and Jason Belmonte) needed a win to force a rolloff against the Dallas Strikers. L.A. X had already secured that win, but anchor bowler Jason Belmonte had a chance in the 10th frame to finish the second ever 300 game in PBA League competition (the first was rolled by Dallas in 2016).

After the 299, the teams went to a rolloff to determine who advanced to the semifinals. Norm Duke struck for Dallas and Belmonte left a 4-pin for L.A., ending their run. Dallas went on to win the 2017 Elias Cup. 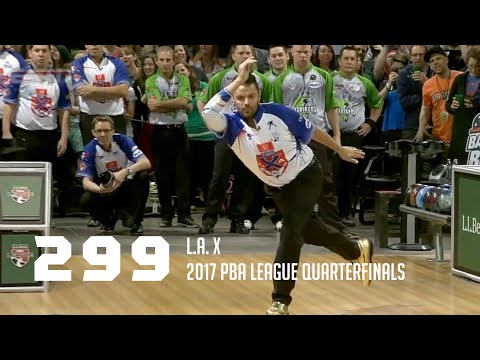