ava
The Philadelphia 76ers opened their training camp this week, and as expected, Ben Simmons wasn't there. General Manager Daryl Morey compared the team's disconnect with Simmons to the Green Bay Packers drama with Aaron Rodgers this summer that eventually ended with the reigning MVP returning. Meanwhile, Doc Rivers still said the situation could get resolved and Joel Embiid didn't hold back in his feelings, saying quote: 'I'm just disappointed that he's not here because he knows we can win together..of course we want him back...' Skip Bayless and Shannon Sharpe react to Embiid's comments and discuss how they interpret them. 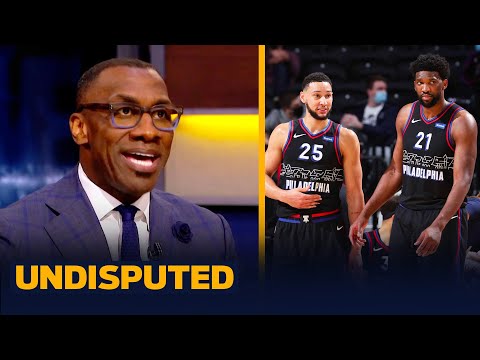 The Philadelphia 76ers opened their training camp this week, and as expected, Ben Simmons wasn't there. General Manager Daryl Morey compared the team'...