ava
Lord North produced a devastating turn of foot to run out a convincing winner of the Prince of Wales’s Stakes at Royal Ascot.

Stepping up to Group One company for the first time, last year’s Cambridgeshire winner bridged the gap in some style.

John Gosden’s charge had looked good when winning the Group Three Brigadier Gerard Stakes at Haydock earlier this month – but this was even better as he destroyed a quality field.

Bangkok made the running with Addeybb and Japan close up, while James Doyle was happy to sit Lord North (5-1) at the rear of the seven runners.

At one point in the straight, all seven had a chance but Lord North put the race to bed with a taking burst of acceleration in the final furlong.

Galloping on strongly, he had three and three-quarter lengths in hand over Addeybb. Barney Roy was third, with short-priced favourite Japan having to settle for fourth.


Doyle said: “I think when John takes a horse into a race like this you do have to prick your ears, and he was quite unexposed.

“He’s gone through the grades. He won the Brigadier Gerard at Haydock but looked to get a bit tired and John said he’d definitely improve a lot for that run. I thought going into it the vibes were all pretty confident from Mr Gosden’s camp.

“I guess it played into my hands the way the race panned out, but I felt it was a pretty evenly-run race, he settled beautifully out the back and showed a good turn of pace when I asked him, so it certainly wasn’t a fluke.

“I think he can continue now and be a pretty strong force in these type of races. A mile and a quarter is perfect for him.”
-------------------
Enjoy the best of Sky Sports Racing on the free and award-winning At The Races app:
iPhone: http://apple.co/1I4NxAV
Android: http://bit.ly/1VPIcEz 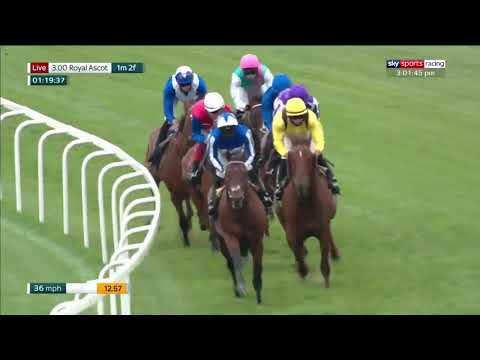 Lord North produced a devastating turn of foot to run out a convincing winner of the Prince of Wales’s Stakes at Royal Ascot. Stepping up to Group One...