ava
Friday Five, July 10, 2020 - 7-10s on 7-10. Five of the best 7-10 split conversions in the history of the PBA Tour. Widely regarded as the hardest split to convert in bowling, it's only been converted three times on PBA Tour television finals.

Mark Roth was the first to convert the 7-10 split on TV, doing so in the 1980 ARC Alameda Open. Roth finished fourth in the event.

The next televised 7-10 conversion came from John Mazza in the 1991 Bud Light Classic. Mazza finished third.

Later that same season, Jess Stayrook made the 7-10 in the 1991 Tuscon Open on his way to a third-place finish.

Two other important 7-10 splits include Brian Voss during the final round of match play in the 2010 Don and Paula Carters Mixed Doubles Championship and Mika Koivuniemi in the 4-for-3 match at the 2013 USBC Masters. Voss and partner Diandra Asbaty went on to win the title. Koivuniemi finished fifth. 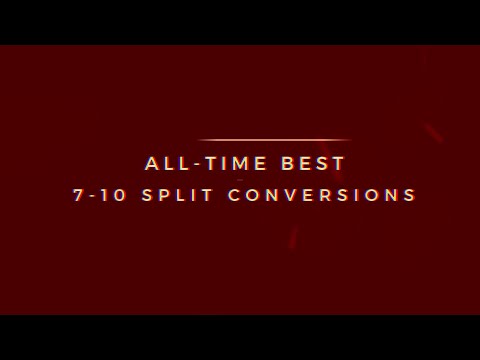