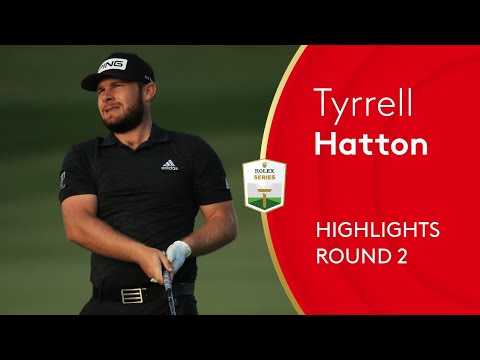 Tyrrell Hatton's bid to secure his fourth Rolex Series title gathered serious momentum as he opened up a commanding five shot lead on day two of the 2...