You disliked this video. Thanks for the feedback!

When working with developing swimmers on their breaststroke kick, it’s important that they focus as much on the resistance they create as the propulsion they produce.

Why do it:
By focusing on reducing the resistance, you can build a more efficient stroke.

How to do it:
These steps can be done as a progression, or a quick one off just to remind the swimmer to think about the recovery angle of the thighs.
1 - Wall Kick. Keeping the body as flat as possible against the wall recovering the feet behind the body line.
2 - Kick on Back with Board. Holding the board on the surface of the water and having the swimmer avoid hitting the board too hard with the recovering legs.
3 - Streamline Kick on Back. Maintain the focus of recovering the feet behind the body and not allowing the knees to pop too much out of the surface.
4 - Head Lead Breaststroke Kick. Only for short distances underwater, try to get the swimmer to recover the feet until they touch the hands, but keep them focusing on the feeling of resistance of the thighs. This drill is to build the awareness of the thighs coming forward.
5 - Head Lead Breaststroke Kick, Hands in Front. Same as above, only for short distances underwater. Have the swimmer move the hands to the front of the thighs to become more aware of the act of tucking the thighs rather than drawing the feet up behind.
6 - Thigh Kick to Position 11. Use the previous step to get the swimmer thinking about the recovery of the thighs, and then move the arms to position 11 for a few more kicks. Keep thinking about the recovery of the thighs when the hands move forward.
7 - Position 11 Kick to Swim. Take a few kicks underwater in Position 11 focusing on the resistance of the recovering thighs. Allow the body to float up to the surface and swim a few strokes of breaststroke thinking of the leg recovery.

How to do it really well (the fine points):
Keep playing and remind the swimmers that avoiding resistance is sometimes MUCH more important than focusing on propulsion. Especially when they get tired at the end of a race. 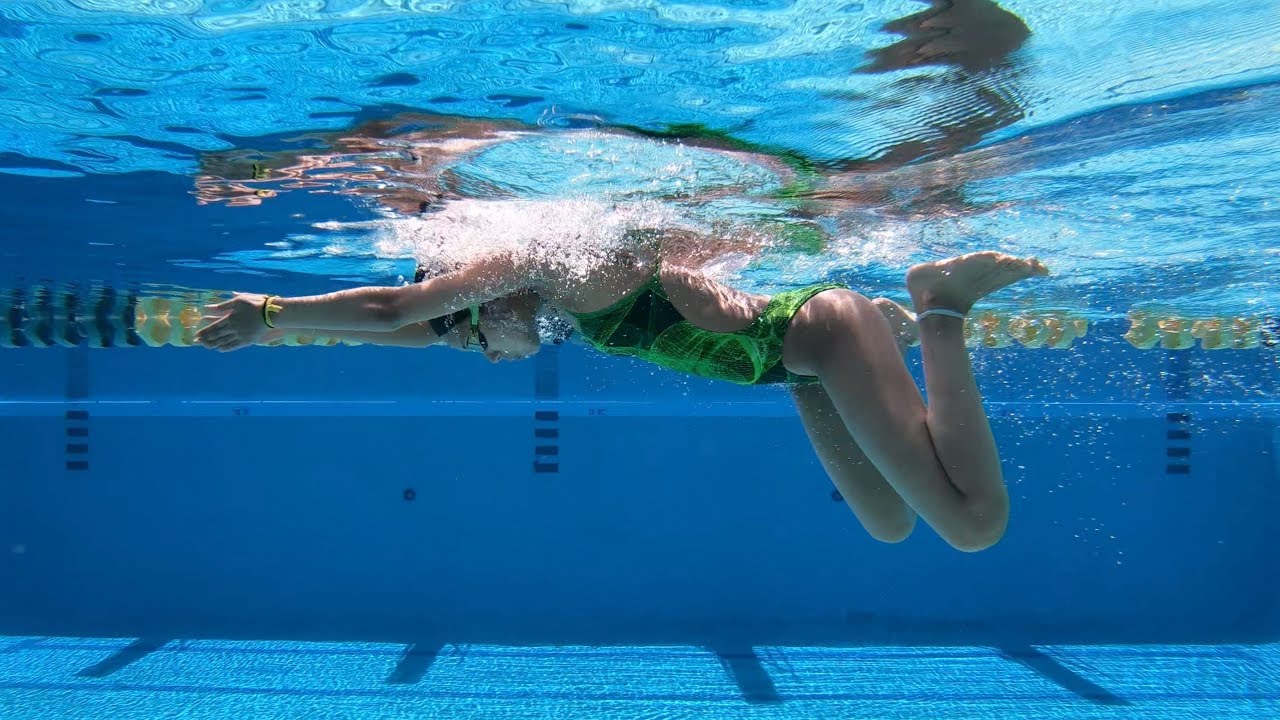