Smallwood's first title came in the 2009 PBA World Championship by defeating Wes Malott with a double in the 10th frame. The win made sports headlines around the world as Smallwood had recently been laid off by General Motors, joined the PBA Tour and made it to the finals of a major championship.

Before Smallwood could win his second title (the 2013 Scorpion Championship over Marshall Kent), he had to survive the longest single-ball rolloff in PBA history, striking five times to defeat Josh Blanchard in the semifinal match.

The 2018 PBA Players Championship was Smallwood's third title and second major. Trailing, albeit closely, Jason Belmonte during the first half of the game, Smallwood was relentless to the end, securing the victory.

In the 2020 PBA Playoffs Round of 16, Smallwood trailed EJ Tackett by a lot halfway through the game. A ball change and six strikes in a row helped Smallwood catch, pass and defeat Tackett to advance to the quarterfinals. 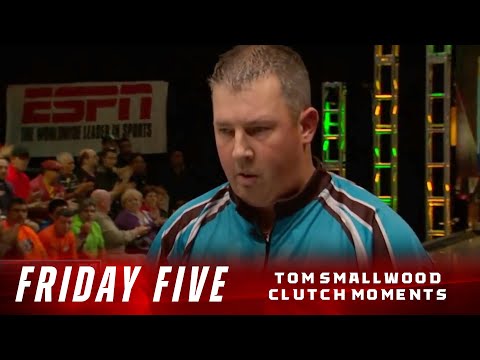